Piping is one of those things that you have to think about if you own a home, but most people hate. But sometimes you have to deal with piping anyway, so it helps to know as much about it as you can. 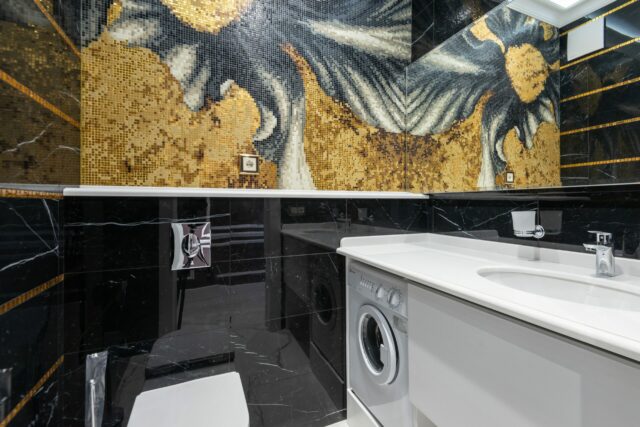 Today we’re going to educate you on the answer to a common question, can a washer and a sink share a drain? This question might not occur to many people randomly, but if you’re trying to fit a washer and a sink in the same small space then it might pop into your mind then.

Because let’s face it, when space is tight, excess piping can be a pain in the neck. So let’s find out if you can cut back on some of that.

Can A Washer And A Sink Share A Drain?

Why Does My Sink Water Drain Into My Washing Machine?

Just because you can connect your sink and washer to the same drain, doesn’t mean that there aren’t potential side effects of it. And one that could go wrong is your sink water backing up into your washing machine, but don’t worry, there is a simple reason for why this might happen and it can be fixed!

Typically, the reason why sink water drains into the washing machine is that there’s a blockage in the pipes that’s disturbing the way that the water flows, forcing it to take a different route.

This issue can usually be resolved by plunging the sink while a backup is in the process of happening, but try to cap off any holes that water could come out of. You wouldn’t want any unwanted spillage. You could also plunge nearby toilets, just in case the blockage is further down the pipes than you thought.

Can A Washer And A Tub Share A Drain?

If your washer and tub are quite close to one another then you may be wondering if you can attach these two things to the same drain pipe. And the answer is, in theory yes you can. But there are several things to keep in mind.

Just because the process is so complex, you should probably consult with a plumber before you attach your washer and tub to the same drain. Or better yet, get them to do it for you. Plumbing can be tricky!

Why Does My Bathtub Fill Up When My Washer Drains?

Much like with the previous scenario of a sink and washer being attached to the same drain and water backing up from one into the other, the same thing can happen with a tub and washer in theory.

So if your tub is suddenly filling with washer water, or vice versa, then it’s probably because of a blockage in the pipes that can be fixed with a bit of plunging. We’re telling you, blockages in pipes can ruin your day.

How Do You Check For A Clogged Drain Pipe?

If you think you may have a clogged drainage pipe then the best thing you can do is call a plumber to come and check it out. After all, these are the professionals and they’ll probably be far more efficient about checking for a blockage than the average homeowner.

But if you don’t want to bother with a plumber and you would rather check for a clogged drain pipe yourself then you can snake the pipes and see if you run into any blockages. Or you could unscrew the pipe you think might be clogged and look down it with a flashlight.

Typically, though, you’ll be able to tell you have a clogged drain just by the symptoms that you’ll begin to notice. So you could just try to unclog it without double checking, and if the problem resolves itself then you’ll know you were right.

If you’re low on space for piping and you’re wondering, can a washer and a sink share a drain, then the answer is yes. And this could very well be the solution to your problem as long as everything is installed properly.

Just be aware that problems can surface whenever two things are sharing a drainage pipe, especially if a dreaded blockage forms. But as long as you keep an eye on it, and know what to do in case a blockage occurs then everything should be fine.

And don’t forget that you can always call and consult with a plumber, they know a lot more about piping than anyone else!