Replacing a shower head may seem pretty simple until you come across the question: should you turn off water to change shower head? This article answers this question and also outlines how you can easily change your shower head for a cool bathing experience. Read on! 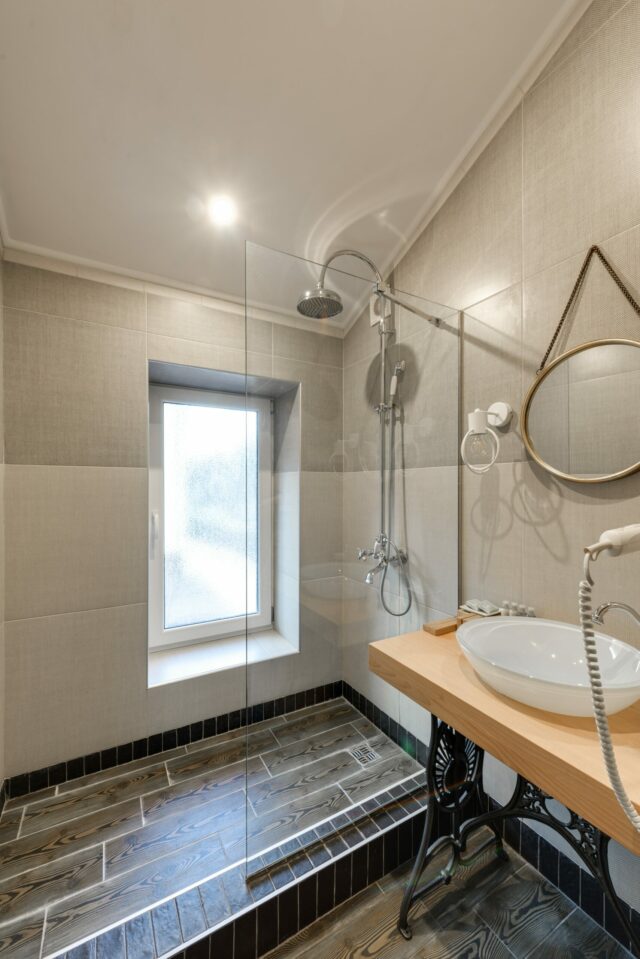 All of us can agree that there are few things as refreshing as taking a shower. The feel of water massaging your skin is usually so heavenly, relieving us of all tension and stress. It is just what you need after a long day at work or a day of busy activities; a type of therapy that brings you true relaxation and encourages better sleep.

Yet, shower heads sometimes clog up or develop water flow issues. These issues affect the working of the shower head, so that it no longer provides the same quality showering experience to the user as it did before. When such happens, you may need to replace the shower head with a new one. And the good news is, changing a shower head is an easy do-it-yourself job.

Should You Turn Off Water to Change Shower Head?

Is My Shower Head Wasting Water?

One of the main reasons why you may need to replace a shower head is that your current one wastes water. If your current shower head was made before 1992, chances are that it has a huge water flow, which in turn wastes a lot of water. On the contrary, modern, upgraded shower heads can save your water usage by 25-60 percent!

Besides, minimal water use also translates to less energy used on heating hot water. The big question, however, is, how can you tell that yours is a water-hogging shower head that requires replacing? I mean, even some shower heads made after 1992 still waste a lot of water and lead to high energy costs.

How Do You Replace a Shower Head?

As mentioned in the introduction bit, replacing a shower head is quite an easy do-it-yourself job. Here are five simple steps on how to change your shower head:

1. Turn off all the shower faucets to avoid getting wet while replacing the shower head. Note that you do not have to turn off the water to the entire house before replacing it.

2. Twist the shower head hand in an anticlockwise direction to unscrew it. Some shower heads are screwed into place, which may require you to remove all the screws first before twisting them.

Also, for old or rusty shower heads, you might have to use a wrench. However, when you do so, remember to place a cloth around the shower head’s neck to prevent any possible scratches or scuffs. Alternatively, use masking tape to cover the wrench jaws.

3. After twisting and removing the shower head, you should see a threaded pipe running in the wall. Use a cloth to remove all dirt, hard water buildup, and gunk around the pipe.

Then, dry the threads and wrap them in a clockwise direction using regular plumper’s tape. The tape creates a watertight seal between the pipe and the new shower head, preventing any leaks.

4. Screw the shower head into the threaded pipe in a clockwise direction. Make sure to tighten it in place by hand, so it attaches securely.

5. Turn on the faucets, both hot and cold, and see if there is any leaking from the shower head. If there is, turn off the water, then re-tighten the shower head until there is no more leaking. And your shower head should now be ready to use!

Should You Turn Off Water to Change Shower Arm?

When replacing the shower arm, you don’t necessarily have to turn off the water in the shower room. However, it is highly recommended that you turn off the shower faucet while changing it. Otherwise, if the shower comes on while the arm is off, it could lead to water getting behind the wall. In turn, the moisture could cause mold growth and damage to the wall.

Are All Shower Arms Threaded?

Replacing your current shower head with an upgraded, low-flow one is totally worth it. You get to save on water, cut back on all those energy costs, and enjoy a cool showering experience as well. And should you turn off water to change the shower head? Absolutely not. You can still replace the shower head easily without going through the hustle of turning off the water!

READ ME NEXT = = = > Can You Use The Same Basket For Clean And Dirty Clothes?