Simple leaking, drop by drop, and before you know it, you’ve already filled a bucket of water. Yet, unless you know the answer to “why does my shower head leak when the bath faucet is running”, you will keep paying those high water bills every month. And in addition to bringing high utility bills, dripping shower heads can also lead to staining of the shower floor, especially if the water supply has iron elements. 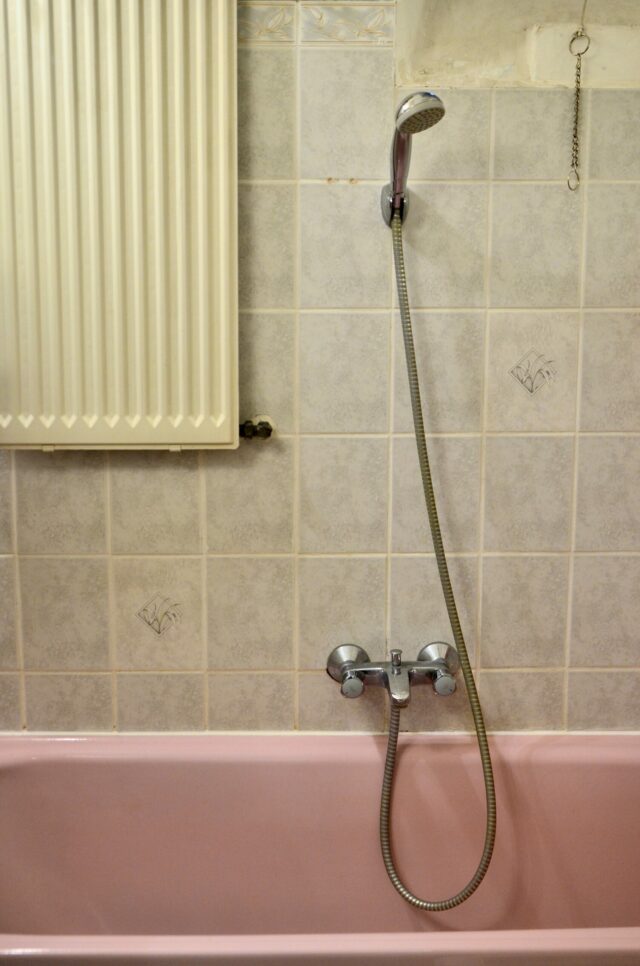 Therefore, to save water and save on your overall water bills, you need to check your shower head regularly and fix any leakage or dripping. Leakage in the shower is a pretty common thing, considering that all the plumping pipes are usually interconnected behind the walls. And sometimes, using one thing might affect another. A good example of this is when the shower head leaks after turning on the bath faucet.

Why Does My Shower Head Leak When the Bath Faucet is Running?

RELATED = = = > Does The Size of Shower Head Affect Pressure?

Why is Water Coming out of the Shower Head While Filing Bathtub?

Also, the spout of the bathtub is usually designed with a handle which is used to change the source of water. When you pull on the handle, water should come out of the shower head. Therefore, if you notice that water leaks from the shower head without even touching the handle, it could mean that your shower diverter valve has issues.

To stop any leakage in the shower head, you first need to block the water such that it stops coming out of the tube. Then, pull the knob on the bathtub’s faucet; this should turn the diverter in the pipe, ensuring that it does not leak out of the tub.

Besides, to prevent any other water leakages in the future, you should maintain your diverter and ensure its optimal performance overtime. The best way you can preserve it is by returning the flow of water back to the tub’s spout every time you finish taking a shower. Do this, also, before turning off the bathtub faucet.

How to Fix the Shower Diverter Valve

The good news is, fixing a faulty or worn out diverter valve is a pretty simple job. However, if you’re not a handy person or are not sure you can manage the task, it would be advisable that you call a professional plumber to do it for you.

1. Remove the cap from the bathtub faucet. Remove the handle to see the shower’s diverter valve. On the shaft, locate the nut then untwist it. Also, untwist the screw and the washer. Inspect all these and check for any damaged or worn out tools; if there are any, replace them.

2. Add vinegar to a clean bucket. Soak a clean wire brush in the vinegar for a few minutes. Then, use it to clean the valve, removing all sediments and debris. Leave the valve to dry.

Also, clean the bathtub’s handle and the shower head. Removing any built-up debris and residue from the shower head and its environs helps to reduce unclogging; an issue which could be contributing to the shower issues. However, avoid using bathroom cleaners with strong chemicals, as these could lead to damaging of the nozzles, or even discolor the shower head finishes.

3. Reassemble the valve the run the bathtub faucet first. The water should have stopped leaking from the shower head. However, if it still leaks even after cleaning and re-tightening, it could mean that the valve is already damaged. In such a case, you will need to replace it with a new valve.

Like most people, you may be wondering, “Why does my shower head leaks when the bath faucet is running?” Well, it could be that your diverter valve is faulty and there is too much pressure of water that it can’t handle. Fortunately, fixing a diverter valve is quite easy; simply follow the three steps outlined above on how to fix the shower diverter valve. And if yours is work out or too old, get yourself a new valve and say goodbye to those exaggerated utility bills!

READ ME NEXT = = = > How to Remove Hard Water Stains from Glassware