Everybody has a different way of doing things, and when it comes to different types of house cleaning, this variety amongst society can be even more apparent. Today we’re going to be talking a bit about how different people deal with folding their laundry. 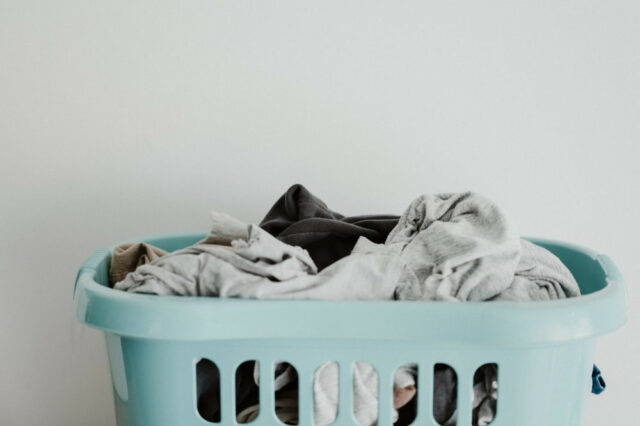 Specifically we’re going to make sure to answer the question, where do most people fold laundry? Because this is a question that many people ask, since locations for this every day task varies so much from person to person.

Don’t worry though, we’ll be getting into different aspects of folding laundry as well. So we can really break down the best ways to go about doing it! But let’s start with…

Where Do Most People Fold Laundry?

RELATED = = = > Where Do I Put My Dirty Clothes When Traveling?

Where Is The Best Place To Fold Laundry?

Again, this is mostly up to personal preference, but there are a few guidelines to choosing the best place to fold your laundry. And that’s what we’ll be talking about in this section.

So keeping these requirements in mind, one of the best places to fold laundry would be in a dedicated space in your laundry area if you have one. This is a clean area, it isn’t in anyone’s way, and it should be waist height or a bit higher which would be totally comfortable.

On the bed in the room where you’ll be putting your clothes away in another fantastic place because although it wouldn’t be in anyone’s way during the day, it would be at night which can be a motivator to get it done early. Plus it’s very close to where you’ll be storing the folded laundry.

The dining room table or kitchen counters are two other locations which can be used for this task. They are a bit more in the way but as long as you get the laundry folded before meal time it should be okay. Just make sure that the surfaces are clean before you put your clean clothes there!

And finally, we have the couch as our last suggested laundry folding spot. This is perfect for people who have a lot of clothes to fold at one time and get bored doing so, because you can simply turn on the TV to keep yourself entertained.

How Do Most People Fold Laundry?

There are a few different well-known methods for how to fold laundry, including folding clothes into rolls, folding them into neat squares, simply not folding them at all and hanging them up instead, as well as the old reliable… ball it up and stick it in your drawer.

But for the most part, people seem to fold their laundry into square or rectangular shapes as many people believe this is the best way to avoid getting wrinkles in their clothes, and think it saves space at the same time.

What Is The Best Way To Fold Laundry?

The best way to fold laundry doesn’t really exist, it’s more about personal preference. Whichever way you feel more comfortable doing it is the way it should be done. But it is worth noting that some ways of folding laundry are more efficient than others.

RELATED = = = > Where Is The Best Place To Put Your Laundry Basket?

How Many People Actually Fold Laundry?

Despite this being a chore that some people love but many people hate, most people actually do fold their laundry. Or if they don’t, they do normally take the time to hang the clothes up. You’d be hard pressed to find someone who doesn’t put away their clothes neatly in some way.

So the better question to ask would be how many people enjoy folding laundry, and the answer to that question would probably vary greatly depending on who you ask.

When it comes to the question “Where do most people fold their laundry?”…. The answer varies. But just because there is a pattern, or certain people do it in certain places, doesn’t mean that you have to follow suit.

You can fold your laundry where and how you want, regardless of what other people are doing. And the good thing about folding laundry is that since you do it so often, you get the hang of it quickly and figure out your preferences with the task!